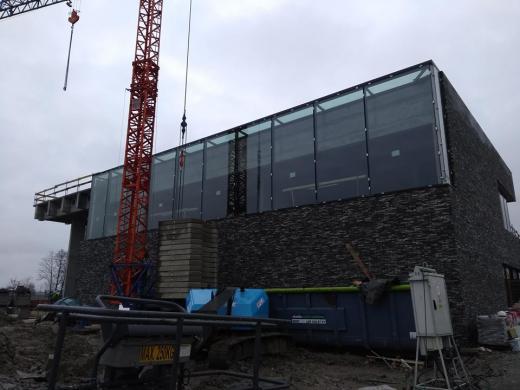 Last week the people of EFRO (European Fund for Regional Development) came to visit our construction project. They are financially supporting the project together with the Government of Flanders (Vlaamse Regering). Therefore, we would like to thank them again for the support.

" As Europe’s largest training center for robotic surgery, ORSI Academy has gained international renown. It was established in Melle (Flanders) in 2012 and only five years later, doctors from every corner of the world make the journey to be trained in minimally invasive therapies. “The success of the existing center called for an expansion,” says Dr. Alex Mottrie, urologist and world authority in robotic surgery. "

Mottrie is ambitious: “In five years, we want to be able to train 2,500 doctors.” In order to do so, ORSI Academy will add at least three new robots to the five the center is already equipped with and hire 20 new employees. Investments are estimated to amount to some EUR 18 million.